The Modern Theologian, one of my favourite bloggers, was kind enough to share his bread recipe in my comments, so here it is –

This is for 4 pizzas (the last 2 ingredients don’t change as they are used to brush the dough before baking):

Place flour in bowl.
Add yeast, sugar, salt, and oil.
Mix in 3/4 of the milk, mix, add remaining milk as needed to form dough.
Knead dough and let stand covered in warm place.
Divide dough into 4 pieces and roll into balls.
Flatten into round bread 10 in diameter, 3/4 in at edges and half as much in the center.
Let rest for 5 minutes.
Flatten the inside again, make several punctures with a fork in the center area, all the way through the dough.
Mix egg and milk, brush on roll.

My recipe, I use as a guide, came with my bread making machine (sure I posted about bread making before, but doesn’t hurt to do it again)

Basically I chuck everything in the bread making machine, being careful to keep the salt and the yeast separate (I think yeast and salt don’t get along). Press go on breadmaker.

Top tip – thanks UnionHomestead.com for reminding me that other people might not have thought of this – take the stirrer/paddle out after dough is mixed to stop your loaf having a hole in it. There is a trade off here, because the stirrer does a “punchdown” during rise phase … but you can actually do that yourself, just open the lid of the bread maker and poke the loaf gently with your finger, it’ll drop a little on it’s own.

Another top tip – I generally don’t measure the water, and put it in bit by bit. The consistency of dough is important, it shouldn’t be too dry or too wet. It should be “elastic”. It shouldn’t be too “sticky”. If you don’t have enough water it won’t mix properly. Practice makes perfect.

Another top tip – be careful about adding things like chilli, garlic, spices etc – be careful, some don’t play well with the yeast. If you want to put them in, then put them in after dough had been formed.

Another top tip – caraway seeds are fucking awesome in bread, add after dough has been formed.

Last top tip – don’t just blindly follow recipes, experiment – try raw cane sugar and white sugar for mixing/rising dough, for example. Then caraway seeds, sesame seeds, sunflower seeds etc after dough has been mixed. You might just come up with something even better than the original recipe, you don’t know unless you try.

Very last top tip – there are flours with differing amounts of gluten, and ground to different fineness. Hard/Strong/Bread flour is for bread and contains a lot of gluten, needed to rise bread with yeast. For pizza dough, Italians have I think it’s called 000 flour (very fine) for pizza base dough. Then there are flours with lower gluten content that are used for pastry and cakes, normally called like “all purpose” or “self-raising”. And, then there’s flours made from different grains and pulses, for instance “gram flour” that’s used in Indian cooking, is made from Chickpeas or rye flour made from rye grain.

For me it’s more about learning how the ingredients interact with each other, than following recipes. But we all have to start somewhere, and recipe a good place to start.

Today I actually used 750g of flour, and then added some Australian wholemeal flour (both were past use by date, but seems I’m OK so far). I added some of my secret sourdough culture, and have revived the culture, after maybe a year or more sitting in fridge. Generally I don’t just rise with sourdough culture (it takes too long, maybe like 8 hours), so I use both instant yeast and sourdough culture (yeast), for a compromise between taste and speed.

If you’re a breadophile (like an audiophile, but with bread), then probably wait for the bread to rise with sourdough culture/yeast, the flavour can be out of this world.

Anyway – I cut three balls of dough off once mixed. Two went in clingfilm and into the freezer for later-pizza, the the third I’ve eaten already, as a pizza, (using the frybread in frying pan, and then grill to melt the cheese method). It was delicious 🙂

The remainder baked in the breadmaker, and looks perfect. Top tip – don’t try cutting freshly baked loaf, I leave it to cool, on a rack with a tea towel over it. That gives it a chance to firm up, and is then easier to cut.

Once that’s done, I sharpen my sharp large knife (non-serrated), and slice into slices. Put in a ziplock bag, and into freezer. I can then have a couple of slices of bread per day toasted, and bread will last years in freezer.

However, I will concede – there’s nothing like freshly baked bread with melted butter, so that happens too sometimes.

Go bake some bread and stop reading my blog !

Hope you and loved ones are safe, and stays that way.

(PS, if you have a recipe you’re very proud of and want me to reblog for you, leave me a link in my comments or just put the recipe in my comments and let me know who (and link if possible) to cite as the author.)

PS – Thanks for all your comments in support, I know there’s good people out there, which is one of the reasons I keep on blogging, when I can. I’m somewhat refreshed by taking a break and baking my bread, and also thinking things over – my conclusion (regarding stupid people in my comments) in short :

– Ideological possession, can cause good people to do bad/malevolent/stupid things (thanks Jordan B Peterson for explaining that, you are a true hero of our times).

Unless otherwise stated everything here is (c) DonCharisma.org, all rights are reserved – Please contact us if you want to buy digital assets from this website, we’d be happy to help. Sometimes we use photos from stock sites which are un-watermarked (Watermarked photos are normally our own). Where content is included from elsewhere on the internet (for example news articles, or parts of articles, images or YouTube videos), we have included under fair use, that is for “satire or discussion”, will cite the source (where known) and that copyright remains with copyright holder. Each and every post on this website has an open comments section, so it’s usually a discussion, but sometimes satire appears in comments too.

“We accept the love we think we deserve.” – Stephen Chbosky

“Be yourself; everyone else is already taken.” – Oscar Wilde

“Do what is right, not what is easy nor what is popular.” – Roy T. Bennett

“Happiness in intelligent people is the rarest thing I know.” – Ernest Hemingway

“Hope is the thing with feathers That perches in the soul And sings the tune without the words And never stops at all.” – Emily Dickinson

The Dark End Of The Street – The Commitments

Stop and Look Up! 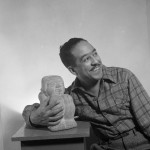 “Hold fast to dreams, For if dreams die Life is a broken-winged bird, That cannot fly.” – Langston Hughes