Something about – going “something” then going broke, can’t quite exactly remember the exact saying, it’s right on the tip of my tongue … perhaps someone can help me out in the comments.

#CancelTheBBC is about all I have to say on this … but yeah, sorry to start to sound like a broken record.

Doctor Who is Dead. Abandon all hope for this show to turn things around. After the most recent Doctor Who “Rewatch” event the final nail in the coffin was driven in. The BBC not only hates the long time fans of the show, it hates the shows past. So much so it won’t stop deconstructing it. Now that Chris Chibnall has obliterated the shows mythology, it’s time to mop up and send in Paul ‘PC’ Cornell to assassinate some more characters. This time David Tennent’s Doctor formally know as the 10th. The Doctor Who ‘Rewatch’ events have proven there are still fans hungry for a show they will never get. #RIPDoctorWho #JodieWhittaker #ChrisChibnall

Nerdrotic one day appeared in my wrong thinker’s Youtube feed. He provides commentary on comics, comic based movies and I guess is a super-hero/sci-fi fan, and culture thereof. I have no idea of political lean, but I think it’s fair to say, he’s in the growing camp of us who’re sick of political and cultural activists mind-raping us at every possible opportunity via almost every mainstream media outlet. Please let us have our own opinions and let us see what we actually want to see, think what we want to think and say what we want to say. We don’t want to be brainwashed, or re-educated – thanks for thinking of us, very kind of you, but said growing number of us, would prefer you moved to a communist country, where we feel you’d be much happier. China ? Venezuela ? Just saying.

Unless otherwise stated everything here is (c) DonCharisma.org, all rights are reserved – Please contact us if you want to buy digital assets from this website, we’d be happy to help. Sometimes we use photos from stock sites (or public domain) which are un-watermarked (Watermarked photos are normally our own). Where content is included from elsewhere on the internet (for example news articles, or parts of articles, images or YouTube videos), we have included under fair use, that is for “satire or discussion” (or other fair uses), will cite the source (where known) and that copyright remains with copyright holder. Each and every post on this website has an open comments section, so it’s usually a discussion, but sometimes satire appears in comments, or in the post. 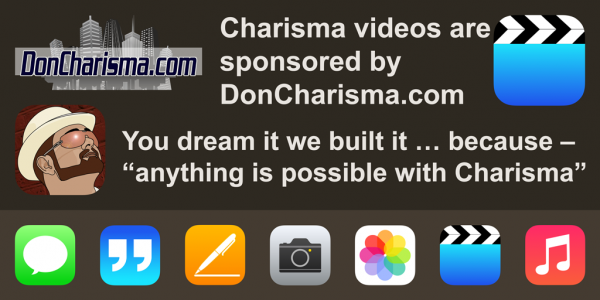 2 thoughts on “Doctor Who CANCELS Its Fans #RIPDoctorWho (BBC)”