It’s interesting to document one’s findings and learnings as we go along, I do it mostly for creative writing exercise, “serious” writing doesn’t interest me much.

I think this will be the last post documenting my experiences in the WordPress.com forums, because mostly – the time overhead. 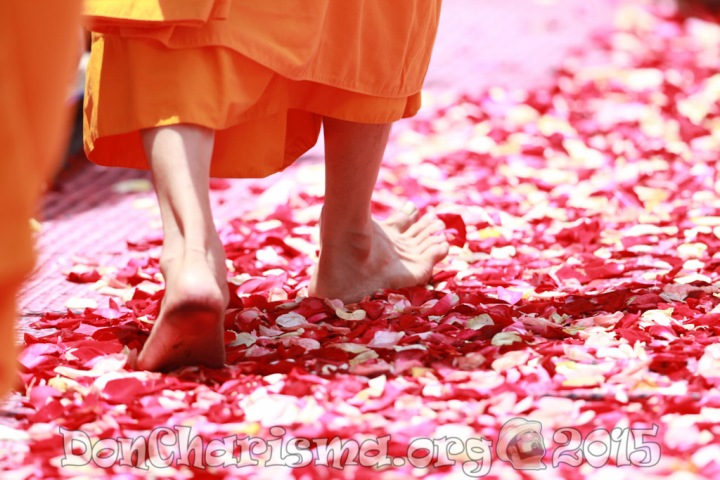 I decided to try my hand a volunteering a few days ago. So I jumped in to find out what it’s all about, and actually thoroughly enjoyed putting myself in someone else’s shoes for a few days. I also enjoyed writing humorously about my experiences too. But, not everyone gets my sense of humour, their loss really !

As a recap from day #3 Helping more WordPress users get over their inability to use Google and the help pages … and some genuine people with real problems too … alls cool, especially the coffee guy, who made me laugh, a personal connection amongst a lot of political shenanigans is always a breath of fresh air.

I’m going to be continuing helping out as and when I have time, just that I probably won’t be documenting it anymore. I’ve given a few insights to you the reader and shared a little, had a laugh writing about it – that’s enough for me for now.

There are lots of interesting questions that get raised in the support forums, that people like myself can involved with and help others come to solutions. There are obviously the same questions that get asked over and over. A mixture. Most of the people helping seem to be genuinely there for the right reasons, at least on the surface. I also very much get their hidden agendas too, not much passes my attention unnoticed. Those confession will keep for now, maybe I’ll put then in my book, if I ever write one.

The new Beep Beep Boop editor is disliked by many people, and it’s made the support forums very busy with questions about it. It’s also meant that giving support becomes harder, because questions that are raised and answers have to deal with the possibility of the user using either editor. Hopefully someone with the power to sort the current issues out, will pull their finger out and fix it. I reckon both Beep Beep Boop and the Classic editor could live in harmony, there just needs to be a setting somewhere to specify preference, and then stop people being forced to use either one.

I had a couple of interesting questions regarding setting up WordPress themes. WordPresss is a highly adaptable platform, and theme developers seek to make their themes as flexibly as possible. Downside is that for inexperienced web designers, the whole process becomes virtually impossible. I’ve also found that the documentation for the WordPress/Automattic themes can leave a lot to be desired, in that they don’t tell you exactly how to setup the theme just like the demo. Please, someone sort this out, the amount of man hours wasted in support forums having to explain how to setup a theme like it’s “supposed to look” must be VAST. Versus the time to document the theme in a little more detail which is minimal in comparison.

I helped a lady setting up a new WordPress theme. She now knows how to configure it “like the demo” and her stalled blog/website project is now moving ahead in leaps and bounds. Not a huge effort on my part, but it’s meant the world to her.

A nice Dutch Photographer now has his new theme correctly displaying his photos. He had been hosting them on flickr, but for the theme to work properly they need to be uploaded to his WordPress.com website. I’ve seen he’s now following me … so welcome my friend, hope I can do justice with my Photography, and I will follow you back soon, bit behind on my follow backs at the moment 🙂

The grumpy/rude/hostile people in the forums ought to know better really. With the caveat being that, having seen what they put up with day-to-day, I would (probably) cut them more slack in the future. And they do seem to have chilled out a bit since they realise that I’m not in the forums to make problems, entirely the opposite in fact.

Only major issue I see daily in the forums is that other members are named publicly in a negative light. Most recently a WordPress.com member was accused of “stalking”, publicly, on a very weak argument. Criminal accusations I feel best dealt with privately by the staff, on the basis of “innocent until proven guilty”. Making threads about other members just wastes staff time with what’s actually usually just “idle gossip”. It’s potentially harmful to the reputations of innocent people, where the accuser is lying. Nobody seems to care, which to me does make the support forums a little bit of a joke, considering that their code of conduct states :

Be aware of your tone and focus. We love positive and productive discussions, so please keep comments on the topics at hand and not on other members of the community.

Naming other WordPress.com members in a negative light publicly in a support forum isn’t “positive and productive” or “keep comments on the topics at hand and not on other members of the community”. I would like to see this aspect of the forum’s code of conduct upheld in all cases, or simply remove it from the code of conduct if it doesn’t apply anymore.

People have the right to be treated as innocent until proven guilty. Those who are actually guilty should be dealt with (fairly) by the police and the judicial system, not a kangaroo court.

I find some of the support queries fascinating and will continue to be present in the forums, to serve as best I can, as and when I get a little spare time. Currently finding it very interesting helping people get their blogs setup like “it should look” 🙂

Volunteering has enhanced my sense of humour in a lot of ways, so that’s been the most valuable gain 🙂 Plus I’m always happy to make new friends and connections …

This is probably the last post I’ll do in this series, basically, I need to divert my time to other plates that I’m spinning. Forum monk therefore signing off … until the next time.

Unless otherwise stated everything here is (c) DonCharisma.org, all rights are reserved.
Monk photo cc0/public domain, no attribution required.

5 thoughts on “Confessions Of A WordPress.com Support Volunteer – Final Day”