Otis or The Commitments ?

“Hard to Handle” is a 1968 song written by American soul star Otis Redding along with Al Bell and Allen Jones. Originally recorded by Redding, it was released in 1968 as the B-side to “Amen” (shortly after the singer’s sudden death in 1967). The song also appears on the 1968 album The Immortal Otis Redding. Redding’s version reached #38 on the Billboard R&B charts and #51 on the pop charts.

END_OF_DOCUMENT_TOKEN_TO_BE_REPLACED

A reader of the blog reminded me of this song – Another oldie but classic. Motown, aka these days, Universal Music

“Nightshift” is a 1985 song by the Commodores and the title track from their eleventh album of the same name. The song was written by lead singer Walter Orange in collaboration with Dennis Lambert and Franne Golde, as a loving tribute to soul/R&B singers Jackie Wilson and Marvin Gaye, both of whom died in 1984. The song was released as the album’s first single on January 31, 1985 by Motown Records in the United States.

END_OF_DOCUMENT_TOKEN_TO_BE_REPLACED

Another oldie but classic. Motown, aka these days, Universal Music

“Easy” is a song by Commodores for the Motown label, from their fifth studio album, Commodores. Group member Lionel Richie wrote “Easy” with the intention of it becoming another crossover hit for the group given the success of a previous single, “Just to Be Close to You”, which spent two weeks at number one on the US Billboard Hot Soul Singles chart (now known as the Hot R&B/Hip-Hop Songs chart) and peaked at number seven on the Billboard Hot 100 in 1976

END_OF_DOCUMENT_TOKEN_TO_BE_REPLACED

Another oldie but classic, by Antoine “Fats” Domino Jr. – His most famous song 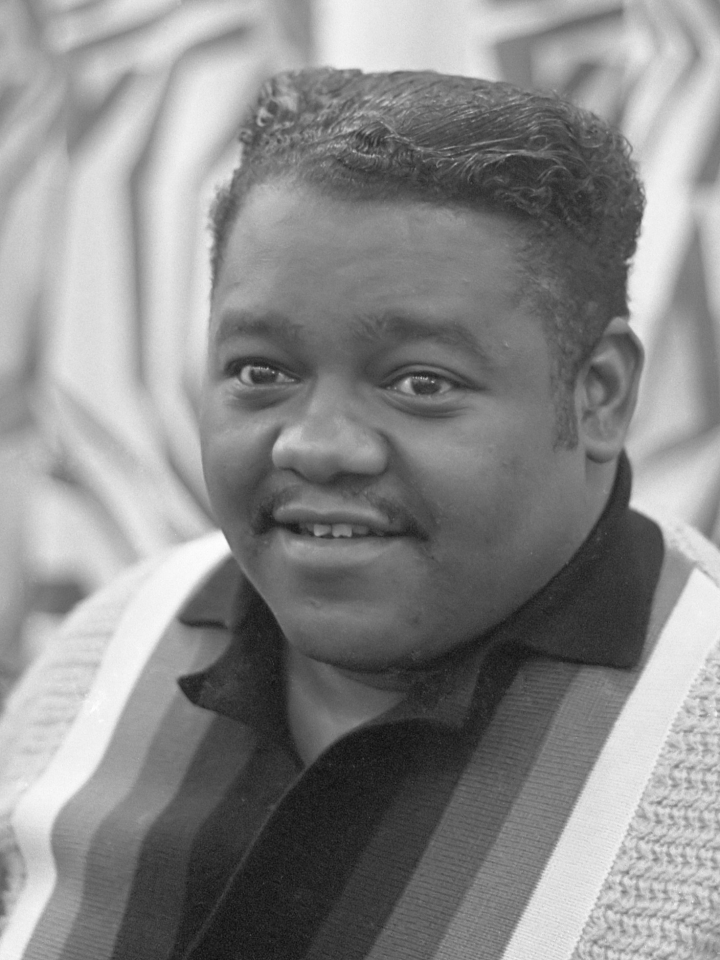 “Blueberry Hill” is a popular song published in 1940 best remembered for its 1950s rock and roll version by Fats Domino. The music was written by Vincent Rose, the lyrics by Larry Stock and Al Lewis.

END_OF_DOCUMENT_TOKEN_TO_BE_REPLACED

Another oldie but classic, by Antoine “Fats” Domino Jr. .

“Blue Monday” is a song originally, written by Dave Bartholomew, first recorded in 1953 by Smiley Lewis and issued as a single, in January 1954, on Imperial Records (catalog # 5268). The single, with a slow-rocking beat, features an instrumental electric guitar solo by Lewis.

It was later popularized in a recording by Fats Domino in 1956, also on Imperial (catalog # 5417), on which the songwriting credit was shared between him and Bartholomew. Most later versions have credited Bartholomew and Domino as co-writers. The baritone saxophone solo is by Herbert Hardesty.

END_OF_DOCUMENT_TOKEN_TO_BE_REPLACED

Or more correctly – “Get Up (I Feel Like Being a) Sex Machine”. Another oldie but classic. Video has been cleverly cut to match the audio, props to the video maker !

“Get Up (I Feel Like Being a) Sex Machine” is a song recorded by James Brown with Bobby Byrd on backing vocals. Released as a two-part single in 1970, it was a no. 2 R&B hit and reached no. 15 on the Billboard Hot 100.

END_OF_DOCUMENT_TOKEN_TO_BE_REPLACED

Another oldie but classic. I think it’s an official release by Motown aka Universal Music

“Papa Was a Rollin’ Stone” is a song performed by Motown recording act the Undisputed Truth. It was written by Norman Whitfield and Barrett Strong in 1971, and released as a single in May 1972. It peaked at number 63 on the Pop Charts and number 24 on the R&B Charts. The song was included on the Undisputed Truth’s album Law of the Land (1973).

Later that year, Whitfield, who also produced the song, took “Papa Was a Rollin’ Stone” and remade it as a 12-minute record for the Temptations, which was a number-one hit on the Billboard Hot 100 and won three Grammy Awards in 1973. While the original Undisputed Truth version of the song has been largely forgotten, the Temptations’ version of the song has been an enduring and influential soul classic. It was ranked number 169 on Rolling Stone’s list of the 500 Greatest Songs of All Time, one of the group’s three songs on the list. In retrospect, the Temptations’ Otis Williams considers “Papa” to be the last real classic the group recorded (it would be the Temptations’ last number one hit and would win them their second and final Grammy Award in a competitive category).

END_OF_DOCUMENT_TOKEN_TO_BE_REPLACED

“Green Onions” is an instrumental composition recorded in 1962 by Booker T. & the M.G.’s. Described as “one of the most popular instrumental rock and soul songs ever”.